It is well known amongst friends that I have never really been a fan of the Apple OSX since I started using it. It is too simple and too dumbed down. It is full of inconsistencies and inaccuracies. As such for some time I have been presenting some of what I find when I can be bothered. Today it has yet again annoyed me into pointing out a couple more of its flaws.

So our wireless network and my laptop seem to be arguing again. Not sure what is going on, I would love to fix it if OSX would give me a helpful error. 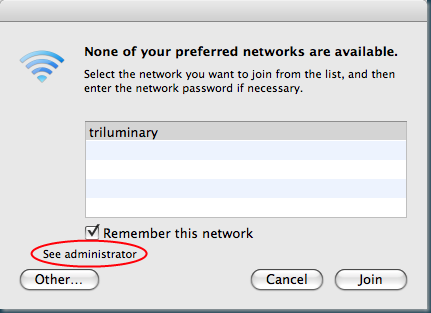 Yeah, really handy there Apple. Every time I tried to connect I got that helpful gem of wisdom. 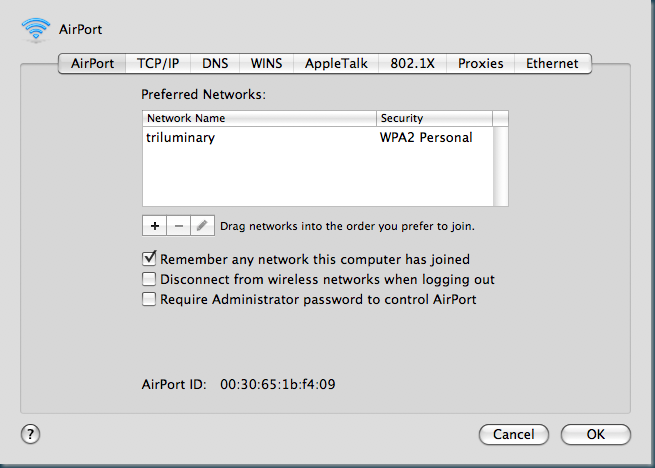 I then gave up with the wireless and plugged it into the core switch. Went to the network and looked for machines on the network. Below is a shot of what I saw. 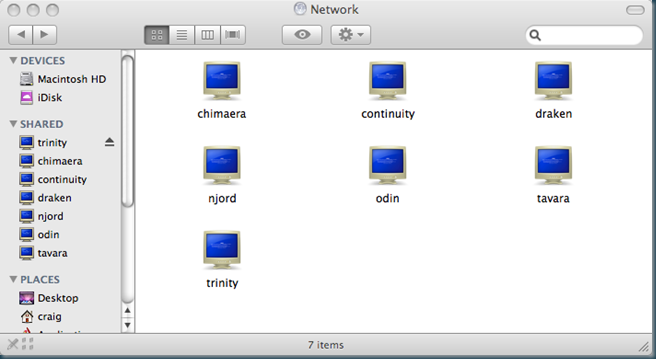 You see, Apple being the smug guys they are think that it is really funny to show a screen with a Bluescreen of Death for all Windows machines on the network. Very funny guys… except, couple of issues here. Firstly, there is only one Windows machine on this page, the rest are running all sorts of Unix based OS’s (like OSX is). Next, there are a couple of machines missing. My machine isn’t in this list, nor is Dom’s. Both of our machines are Vista based and have public shares on them. There is however one Vista machine on this list, it is Nik’s. Nik has recently re-installed his machine and as yet it doesn’t have any shares yet.

Go figure that one. These people and their mickey mouse operating system scare me.